Pope’s encyclical on the environment

Key excerpts from the Pope’s encyclical on the environment

Pope Francis has issued a major encyclical on the environment, called Laudato Si (Praise Be), On the Care of Our Common Home. Here are some key excerpts from the official English version:

On climate change and its causes

In recent decades this warming has been accompanied by a constant rise in the sea level and, it would appear, by an increase of extreme weather events, even if a scientifically determinable cause cannot be assigned to each particular phenomenon. Humanity is called to recognise the need for changes of lifestyle, production and consumption, in order to combat this warming or at least the human causes which produce or aggravate it. It is true that there are other factors (such as volcanic activity, variations in the Earth’s orbit and axis, the solar cycle), yet a number of scientific studies indicate that most global warming in recent decades is due to the great concentration of greenhouse gases (carbon dioxide, methane, nitrogen oxides and others) released mainly as a result of human activity. Concentrated in the atmosphere, these gases do not allow the warmth of the sun’s rays reflected by the Earth to be dispersed in space. The problem is aggravated by a model of development based on the intensive use of fossil fuels, which is at the heart of the worldwide energy system. 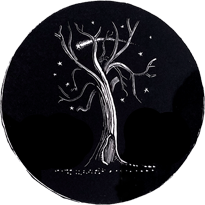 We are on a journey and we’d love you to come with us. There is much to be done! An easy way to help is to purchase and enjoy our wines with friends. We’d also love you to share our story. Tim Jones depicts this in his beautiful engravings – which is that: